Just what is it about Florida?  Why haven’t Americans discovered the reason that the Sunshine State is the way that it is?

It’s just that the news story that come out of Florida are just different in some nigh-intangible way that makes us all smile, scratch our heads, or shrug.

This week was no exception.

A Florida Man is behind bars on DUI charges for allegedly drunk driving a motorized scooter inside a Walmart where he nearly struck shoppers and crashed into shelves and merchandise displays, police report.

Aaron Gregory, 39, was busted around 10 AM Sunday inside a Walmart in Melbourne, a city about 65 miles south of Orlando. Officers were summoned to the store “reference to an intoxicated male on a motorized scooter,” according to an arrest affidavit. 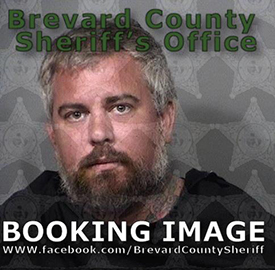 A Walmart security official told cops that Gregory, seen at right, was haphazardly driving a Walmart scooter “down the aisles, running into shelves and displays, and creating a danger for other patrons by almost striking them with the scooter.”

This wasn’t just some silly fun either.  Gregory was severely inebriated.

Gregory was reportedly so intoxicated that he was barely able to stand on his own and had to be transported from the store on a stretcher. Gregory’s backpack, which was in the scooter’s basket, contained an open bottle of Smirnoff vodka.

Gregory is being held on $3,000 bond, and has racked up 4 separate misdemeanors for the incident.

Paul Duke - August 17, 2022
0
The news comes at a time at which trust in the FBI is at an all-time low, and the footage could push the teetering public opinion over the edge.

Paul Duke - August 17, 2022
0
If true, the news would add a great deal of severity to the story of Putin's cancer diagnosis, and could set a rather monumental global power shift into motion.