While much of Elon Musk’s time has recently been spent turning Twitter from a figurative garbage fire into a figurative dumpster fire, the eccentric billionaire still has several other irons in the proverbial fire.

This includes heading up private cosmos company SpaceX and acting as the CEO of Tesla – an electric automobile maker that is also often mired in controversy, as though it were just an extension of its owner.

So, while Musk attempts to put out fires all over Twitter HQ, first responders are trying to put out Teslas that are on fire.

A Tesla burst into flames on a Pennsylvania highway late Tuesday morning, burning so hot as to only be recognizable by its rims, firefighters said.

Multiple fire departments were dispatched to a vehicle fire at Mile Marker 137 on Interstate 80 Westbound in Cooper Township just before 11 a.m. Tuesday.

The daughter of the couple driving the car told WTAJ they were driving their Tesla Model S when a “large piece of debris” went underneath the car, causing it to begin to smoke. The couple, identified as “Michelle and Bob,” pulled over and got out of their car. Neither were injured. 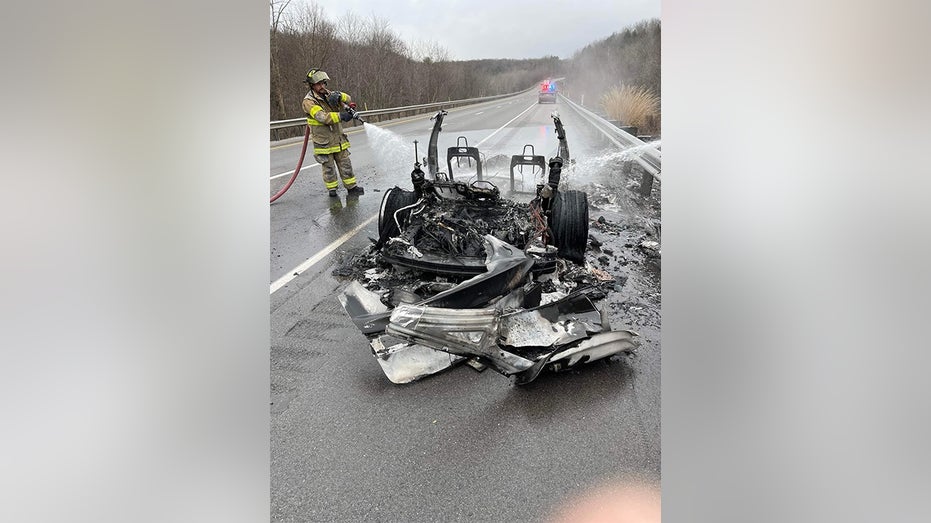 The car’s build had a lot to do with the trouble firefighters faced.

When it was all said and done, firefighters were battling the Tesla’s often-reigniting flames for over 2 hours.

Which is coincidentally about how much time it feels like it took for things to go south at Twitter after Elon’s takeover.

US Accuses Third Nation of Engaging on the Ground in Ukraine

Paul Duke - November 24, 2022
0
The news will almost certainly reignite fears that World War III may be on the horizon, as more and more nations become involved in this disastrous Russian invasion of Ukraine.